10 of the Best Golf Caddies of All Time 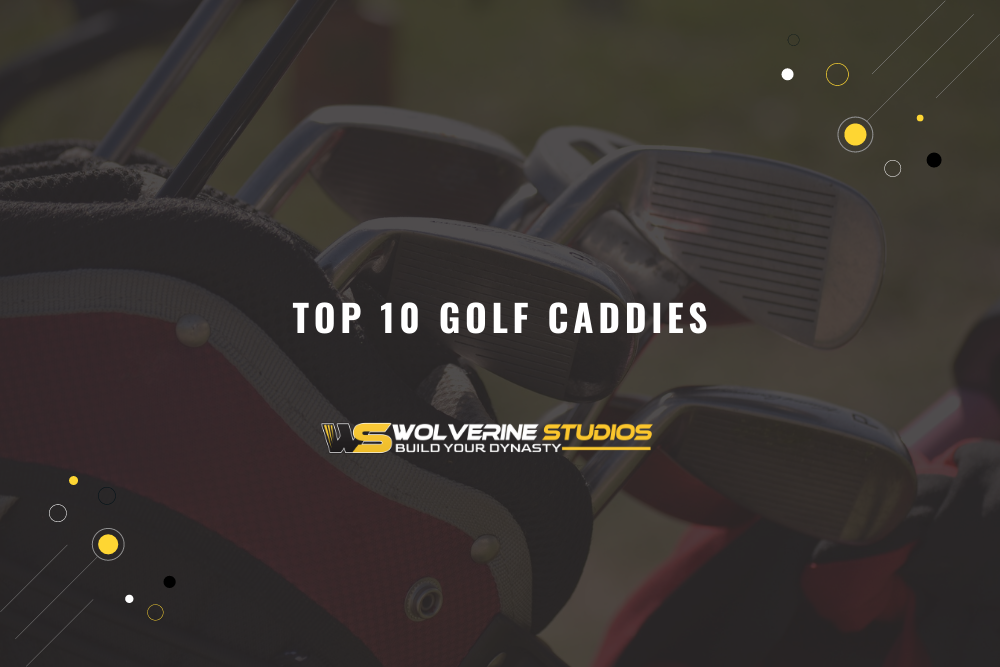 A golf caddie does more than carrying and organizing the clubs for the golfer. For many professional golfers, their caddie is a vital righthand person who provides crucial insights on the course, advises on club selection, and aids in making the golfer’s on-course experience better. The value-add of great caddies is affirmed by the fact that many golfing titans forge longstanding partnerships with their favorite caddies who are on the bag as they secure wins and championships.

Here are 10 of the greatest golf caddies in history.

The Best Golf Caddies of All Time

Bennett closed out his career in 2000 as a caddiemaster with over 40 years of experience. He was a longtime fixture at the famous Augusta National Golf Club where he started his career and became the club’s caddie manager in 1953. He mentored hundreds of caddies, one of whom was Tripp Bowden, the author of the 2009 best-selling book Freddie & Me in which Bennett’s wisdom was memorialized. Bennett was inducted into the Caddie Hall of Fame in 2000.

While Mackay has a rich resume with prominent names like Scott Simpson, Larry Mize, and Curtis Strange, he’s best known for his 25-year partnership with Phil Mickelson, one of the most famous player-caddie relationships in golf history. With Bones on the bag, Mickelson secured five major championships and 41 PGA Tour wins.

He was also with Mickelson when he represented the U.S. at the Ryder Cup and Presidents Cup 22 consecutive times. Mackay and Mickelson’s longtime relationship highlights the greater contribution of caddies beyond carrying the golf bag. Their partnership lasted from 1992 to 2017. Mackay then became an on-course reporter for NBC/Golf Channel at the 2017 Open Championship.

Argea is best known for being Jack Nicklaus’ longtime professional caddie, a relationship that lasted for over two decades. He started caddying for Nicklaus at the Palm Springs Golf Classic in 1963 until they parted ways in 1982. With Argea on the bag, Nicklaus notched 70 PGA Tour wins, including wins at the PGA Championship, U.S. Open, and Open Championship.

A longtime caddie at Augusta National Golf Club, Peterson’s first Masters caddying stint was at 16 years old. He had never caddied for the same player more than once until he was paired with Nicklaus in 1959. Peterson was at Nicklaus’ side for five of his Masters victories – 1963, 1965, 1966, 1972, and 1975. Their partnership lasted until 1983. But Peterson’s triumphant leap in 1975 when Nicklaus sunk a 40-footer for a birder on the par-3 16th remains a staple in the Masters highlight reel.

Famous for his walrus mustache just as much as for his prolific career spanning almost four decades, Mike Cowan was a veteran who began caddying in the late ‘70s after spending time as an assistant pro. He worked alongside Peter Jacobsen from 1978 to 1996. With Cowan on the bag, Jacobsen won on the PGA Tour six times.

Cowan caddied for Tiger Woods during his professional debut in 1996 at the Greater Milwaukee Open, and his famous run at the 1997 Masters. After three years with Woods, he began working with Jim Furyk in 1999. Cowan was on the bag for many of Furyk’s notable wins, such as his first major at the 2003 U.S. Open and when he made history by shooting a 58 at the 2016 Travelers Championship. Cowan was inducted into the Caddie Hall of Fame in 1999.

Golf Ball had a long, fruitful, and eventful partnership with Raymond Floyd – and Floyd’s wife, Maria – that spanned over twenty years. Floyd once said about Hull, “I fired him six times, Maria hired him seven.” They worked together in a time when the player-caddie relationship was more personal as caddies were attuned to their golfer’s emotional state.

While it had its ups and downs, Hull was on the bag for Floyd when he won four major championships. He also briefly worked for Calvin Peete and Jerry Pate. Hull was inducted into the Caddie Hall of Fame in 1999.

McNamara had a prolific run working for Annika Sorenstam, one of the greatest and most decorated players in the history of the LPGA. They began their partnership in September of 1999. McNamara was on the bag for Sorenstam when she won 48 tournaments from 2000 to 2005. McNamara was inducted into the Caddie Hall of Fame in 2004.

One of the greatest and most famous female caddies in golf history, the Swedish native was born into a golfing family and began caddying at 15. She started her career by caddying for players like Howard Clark and Jaime Gonzalez at the PGA Tour. Suneson had a strong nine-year stint with Nick Faldo starting in 1989, during which the pair won four major championships.

She went on to hold the bag for notable players like Sergio Garcia, Fred Funk, and Henrik Stenson. Known for her intelligence and authoritative manner, Sunesson retired from caddying to focus on golf instruction and coaching.

Martinez’s remarkable career boasts of caddying for eight PGA Tour winners, including 12 years with Johnny Miller and two decades with Tom Lehman. He began caddying for the PGA Tour in 1968 before his run with Miller. With Martinez on the bag, Miller was the first player in golfing history to shoot 63 in a major championship and won the 1973 U.S. Open.

Martinez began his 23 working relationship with Tom Lehman in 1992. He was on the bag when Lehman won the 1996 Open Championship and 30 PGA Tours and PGA Tour Championship events. Martinez was inducted into the Caddie Hall of Fame in 2016.

Known for his expertise and no-nonsense approach, Williams’ highly decorated career on the bag includes 14 major championship wins, the most in caddie history. The New Zealand native started caddying at 10 years old in his hometown. His first professional stint was at 13 years old with Australian golfing great, Peter Thomson. Williams caddied for Greg Norman, Raymond Floyd, and Adam Scott. But perhaps his most notable partnership was with Tiger Woods from 1999 to 2011. With Williams on the bag, Woods secured 13 major championships. Williams was inducted into the Caddie Hall of Fame in 2014.

Ready to build your dynasty in pro golf with a trusty caddie by your side? Try a free demo from Wolverine Studios today.