A New Season Of College Basketball Is Here 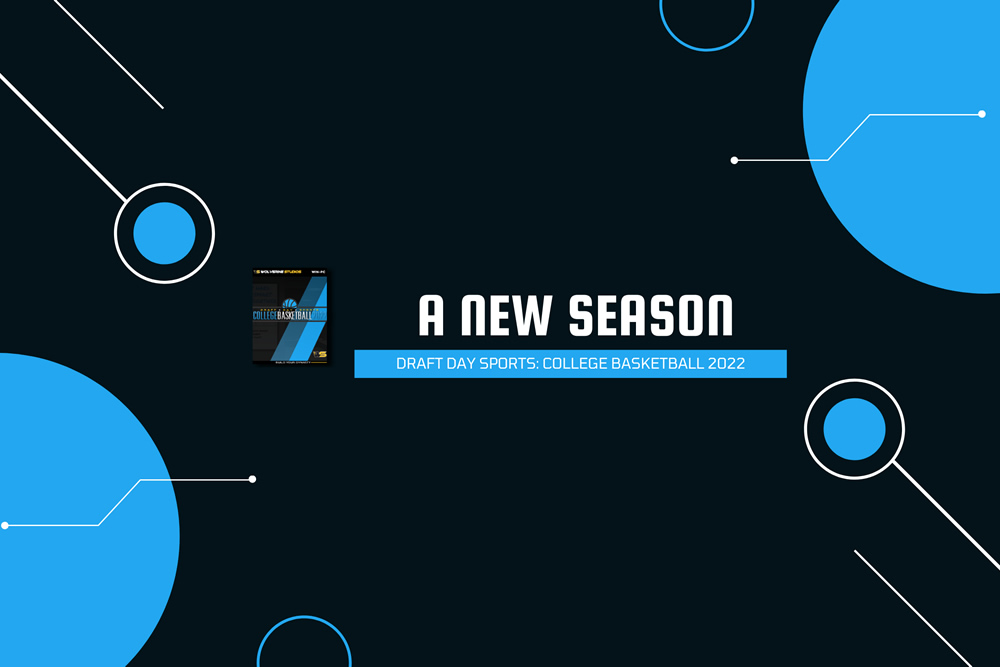 March is just around the corner and everyone knows what that means. It's almost tournament time, baby! It also means it is time for another season of Draft Day Sports: College Basketball and we've got some exciting new changes to bring to you this year. As mentioned on our Twitch stream the changes really fall into four different categories - bigger new additions, behind the scenes improvements, new looks and what we call quality of gameplay improvements - things that just make life a little easier while playing. Let's take a look into these categories.

As you can see, things look different as we have adapted the game to the dark UI that we brought about in our other games this year. This really makes the game pop and makes it easier to look at for long periods of time as well. We know some of you have those marathon gaming sessions late into the night because you need just one more season and with the new dark UI it should make those late night gaming sessions easier to take on.

There have been a lot of changes that fall into the behind the scenes category with one of the big ones being change in the bracketing logic. We have worked hard to improve the bracketing of teams for the championship tournament including rearranging the overall seeds of the teams so that the top two teams are always on opposite sides of the bracket ensuring that they would meet in the finals instead of the semifinals if the brackets held. Here's some of the other items you won't necessarily see on screen but are important improvements.

Of course there are some big time changes to the game as well - the biggest being the all new transfer portal option. This is going to drastically change how you play and add yet another strategy path in the game to build your school up. Now, if this feature isn't good news for you let me assure you there is an option to turn it off and continue on with the old transfer rules if you prefer that style of play.

But for everyone else, buckle up as the new transfer portal system almost brings a free agency type feel to the game. Not only will far more players look to transfer each season but they will be able to be eligible to play immediately (one time - the game is set to mimic real world rules where a player can do this once in his career). With hundreds and hundreds of players in the transfer portal you will have an opportunity to drastically reshape your team..that is if you have the scholarships open to do it. This opens up a new strategy path as you decide whether or not to use all your scholarships on high school recruits or maybe keep one or two open for transfers who could slide in and give an immediate boost to your program. Of course this means your players will be more open to transferring to so you may end up with a few scholarships from players you lose as well. All in all it shapes up to be one of the most exciting developments in recent history of the game and a significant amount of development time has gone into it.

We've also heard your requests for even more customization options and we have delivered for you this season. New options now exist to do things like give specific names to stages of the championship tournament, set how many years specifically players must play before leaving for the pros and the frequency with which players will declare. Here's a few more new items

In addition to all of those things there are of course a myriad of things that have been added just to make the game play experience better. In the screen above you can see that the play by play label is now color coded to the appropriate team and below the energy bars you get a specific percentage listed to help you better determine just how tired the player is rather than relying only on the color or length of the bar. Some other types of improvements like this include

Those are just some of the new things in the game this year - in fact that last one came as a direct suggestion of someone who attended our Developer Dynasty stream on Twitch. We love feedback and ideas from the community and often times they drive the new features or improvements in the game. We hope you are as excited for this year's version as we are and we look forward to see how you #BuildYourDynasty as you head on the road to tournament glory! Head to our webstore now to pick up your copy!