Are Simulations the Future of Gaming? 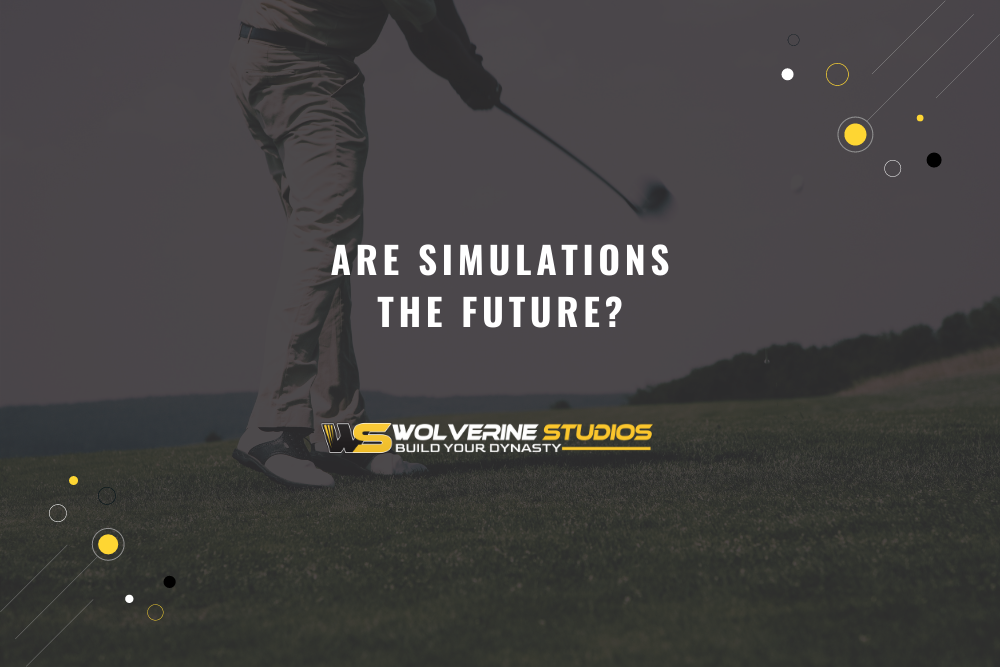 The gaming industry is constantly evolving, with progress expedited in recent years thanks to various technological advancements in graphic design, machine learning, mixed reality, and the internet. Developers are always innovating to make games more engaging, more realistic, more immersive so that players stick around longer. Just like movies and TV shows, video games soothe the innate desire for alternate realities and fantasy worlds but with the added layer of active engagement.

The gaming industry is governed by the needs and usage habits of users. Over the years, there has been an increasing dependence on the internet, and consumers place a premium on mobility. There is also expanding demand for personalized and immersive experiences–a thirst that was aggravated during the pandemic when people were restricted to their homes and, even in a post-pandemic world, many are cautious about where they go and how often.

The future of gaming can be charted with the visible trends that influence the industry today.

The Role of Artificial Intelligence in Gaming

In the past, video games used non-player characters (NPCs)—two-dimensional characters that just follow a script. Players were only given a set of options, and the NPCs’ corresponding moves and responses were programmed depending on which option was chosen. Game designers have tried to make NPCs more sophisticated and lifelike by programming them with a behavior tree that lets the NPC make certain decisions. Despite this, NPCs are still bound by the limits of their code.

Artificial intelligence is a critical distinguishing factor for video games, particularly sports simulation games, as it directly impacts the potential level of difficulty and engagement of the player. Simulation games with sophisticated AI can unfold in unpredictable ways and have characters that outsmart human users.

This makes it harder for users to “cheat” the system, forcing them to truly grow and learn instead of simply finding ways around the code. AI is not necessarily giving the computer a mind of its own; rather, game developers craft AI to enable games to evolve according to the player’s feedback and response.

Artificial intelligence also plays a big role in personalizing the gaming experience. Each simulation game has a different appeal but if it’s too boxed in, then it risks resonating with a niche market only. Designing the game for some measure of personalization provides each player with a different experience and broadens the appeal. On the surface level, personalization can mean changing a game character’s aesthetics, tweaking their strengths by adding to their arsenal, or multi-pathway options that allow users to create a unique storyline from predetermined routes.

But simulation games with truly sophisticated machine learning technology offer superior individualized engagement. These games learn and evolve according to the user’s behavior, style, and customizable preferences so the experience is truly tailored for the player. This works similar to how subscription services like Spotify and Netflix learn from consumers’ usage patterns to deliver recommendations.

It may be hypothesized that the rising demand for simulation games was fast-tracked by the pandemic. People were forced into quarantine and self-isolation, and even in a post-pandemic world, physical contact is still approached with caution. Many experiences that require physical presence have been quelled, from sporting events to annual vacations.

With this deprivation of firsthand experiences, simulation games provided players an outlet to get away from reality. Simulation games are more immersive experiences and a deeper escape than console or mobile games. They tend to also be more customizable and intelligent than traditional games with two-dimensional characters, so players become more emotionally invested. Some simulation games are even designed to teach and challenge their players, like sports simulation games.

Sports simulation games offer a unique experience to avid sports fans by letting them stand in the shoes of players, coaches, and even GMs. They’re different from console games in that they factor in real-life variables such as weather, personality traits, and even require statistical analysis. Sports simulation games are increasingly becoming more realistic and immersive, such that they aren’t just for fun but can also be educational for professional athletes and coaches. Simulation games are used to test out playbooks, improve real-life athletic skills, and foster interpersonal skills required to make a successful team.

Sports simulation games are more complex and require substantial brainpower compared to pushing a few buttons on a controller, but it also fosters real knowledge and skills. If a fan excels at a simulation game, is it possible for them to be a player, coach, or GM in real life? Absolutely.

Dive into the experience of AI and sports simulation with Wolverine Studios. Get a free demo today.