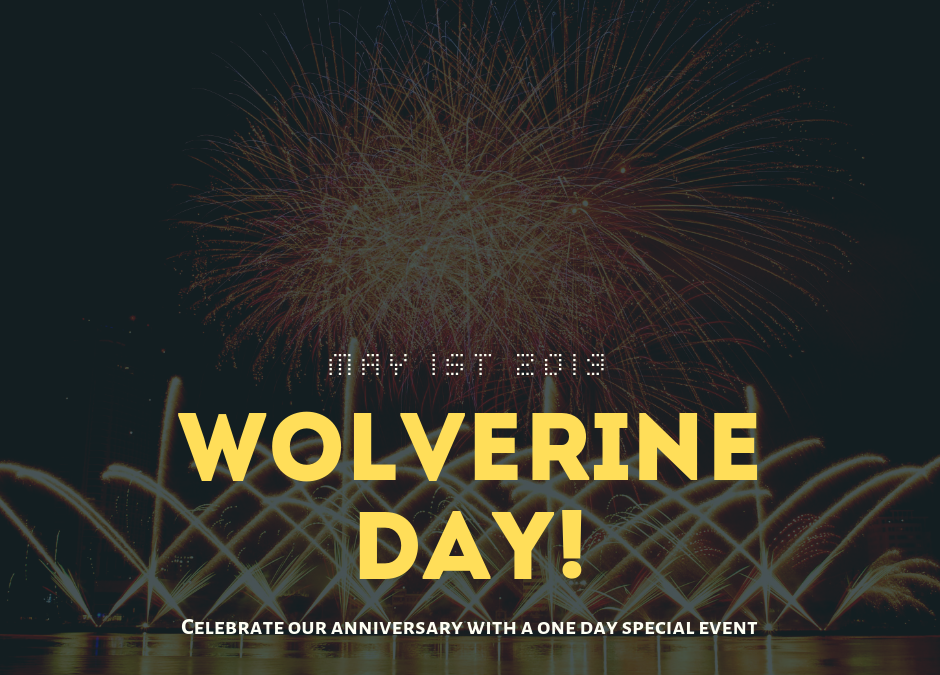 Today for #FeatureFriday we’re going to prepare for acelebration and take a look way back at the reason for celebrating – thefounding of Wolverine Studios!

I started Wolverine Studios in May of 2006 but that wasn’tthe start of my programming “career” and I wanted to use the blog this week tokind of talk about that and also give some hope to others who may be aspiringdevelopers (ps – we’re always looking for new faces in our developer lineuphere).

So in order to develop a game, you need to spend tens of thousands of dollars and years of your time getting a degree, right? I guess that could help but I didn’t. I’m totally self-taught in computer programming outside of two high school classes in Pascal and Basic (wow does that bring back some memories). My degrees are in Sports Management and Communication and a Masters of Business Administration and up until Wolverine Studios became my career my job was in accounting…so, in other words, nothing whatsoever to do with computer programming. It is with that background that I have developed multiple product lines and many versions of those games and started my own software development company – if I can do it, so can you!

It all started out of a selfish need. I loved the Front Page Sports series back in the 90s and was so excited when I saw in one edition of their quarterly magazine that there would be a FPS Basketball. Finally, my favorite sport would be getting the management side that made FPS Football and Baseball such fantastic games. There was nothing like those games at the time and they not only engrossed me in hours of my own franchise but opened up to me the world of playing in online leagues and eventually led me to run my own FPS Football league for many years.

But sadly FPS Basketball would never come to fruition andSierra Sports eventually died out which led me looking for other options. Onceagain I would find new baseball and football games to love but this time in theform of text simulations. Out of the Park Baseball and Front Office Footballgave me hope that there were people who loved the idea of being a GM more thanthe idea of mashing buttons. Off I went in search of that elusive basketballsim. I found a couple but they just didn’t do it for me. They just didn’t havewhat I wanted in a game or they looked way too much like a spreadsheet. Ineeded more and there was only one way to get it…do it myself.

I bought a book on programming and of course, made the usual “Hello World” program and felt I was ready to take on the world of programming. Well, it wasn’t quite that easy. I got stuck over and over again, making mistake after mistake and spent umpteen hours of searching online for examples of how to code and then applying them to what I was doing and you know what? It worked! Piece by piece I was able to slowly build a program. My code wasn’t clean and it wasn’t the way someone with a degree or proper training might have written it but it did what it needed to do. I eventually developed a working prototype called Franchise Hoops (I would love to find that old code somewhere) and showed it off to this new company I had come across called .400 Software Studios. They were building a stable of sports games and they were willing to give me the opportunity to head up the pro basketball line!

That was a long time ago and my experiences eventually led to me starting my own studio in May of 2006. Thirteen years later and we’re still going strong and have added more than just my games to the product line. Brooks Piggott has been a huge reason for our continued success with his line of football games and hopefully, we will continue to grow with the games we have and some new ones too! I think that’s cause for celebration and so that’s what we’re going to do!

On May 1st we’re going to celebrate with WolverineDay! We’ll have a special one day sale and some other surprises too. We hopeyou’ll be part of the day and we thank you for being part of our Wolverinefamily – especially those who have been here since day one. I also hope that ifyou have the desire to develop a game that you’ll get some hope and inspirationfrom this blog post – believe me if I can do it so can you! And who knows maybeyou’ll end up being a developer right here at Wolverine Studios.