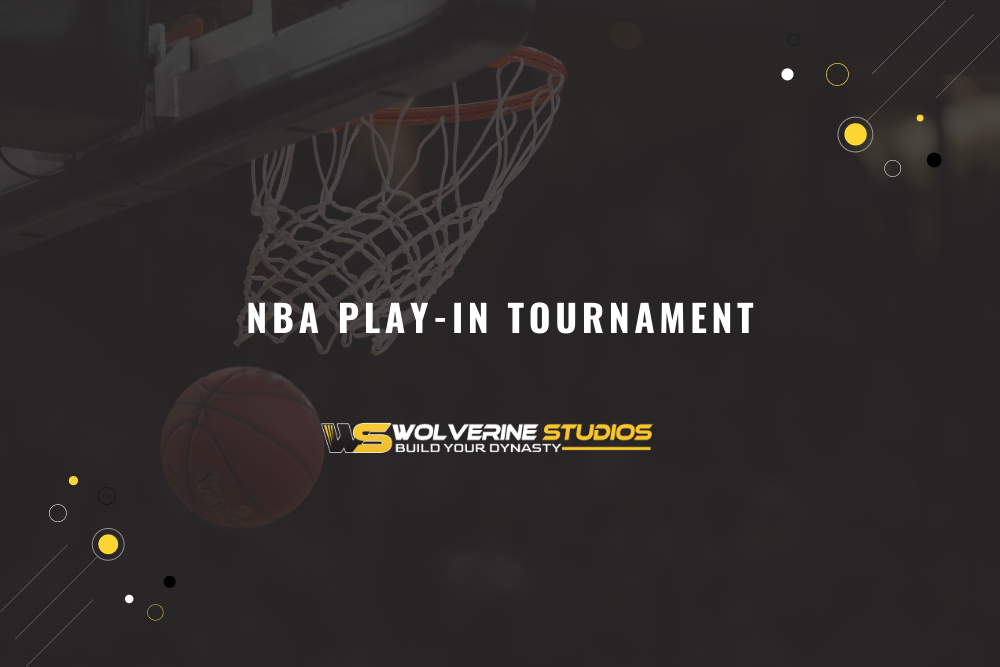 Tension already brews around the NBA playoffs each year. And this has only heightened with the NBA play-in tournament, which has caused a stir among fans and players amidst its introduction, even earning opposition from famed athletes like LeBron James and Luka Doncic.

Said Doncic, "I don't understand the idea of the play-in tournament. You play 72 games to get in the playoffs, then maybe you lose two in a row and you're out of the playoffs. I don't see the point of that."

Despite its controversial beginnings within the pro basketball community, the new play-in tournament seems like it's here to stay, so we’ve decided to implement it as a new feature in Draft Day Sports: Pro Basketball 22. The play-in tournament will give you one last shot to make the playoffs if your team would have been on the outside looking in or one final challenge to hang onto your playoff spot. Either way, the new feature definitely will be generating some excitement in your DDS:PB22 seasons!

Let’s talk about what you can expect with the new play-in tournament enhancement.

What is the NBA Play-In Tournament?

The play-in tournament will elevate the gaming experience of players of DDS:PB22 as a new and exciting method of choosing the eight playoff teams from each conference.

The NBA Play-In tournament was originally proposed to be a play-in on a one-year basis for the 2020-2021 season. It was then approved by the NBA Board of Governors and held just after the end of the regular season and before the first round of the 2021 NBA playoffs.

How Does the NBA Play-In Tournament Work?

Usually, the top eight teams in each conference would qualify to participate in the playoffs after the conclusion of the regular season. Now, with the play-in tournament format implemented, only the teams that place first to sixth in the standings of each conference are guaranteed tickets to the postseason.

Teams number 7 to 10 will enter a four-team play-in tournament to determine the final two playoff spots. The format of the play-in is as follows:

For the first game, the seventh-place team in the standings by winning percentage hosts the eighth-place team, with the victor earning the number 7 spot in the playoffs. The losing team gets another chance in Game 3.

In the second matchup, the ninth-place team hosts the tenth-place team, with the winner advancing to Game 3. The losing team is eliminated and entered into the draft lottery.

Lastly, the losing team of the first matchup between number 7 versus number 8 will host the winner of the number 9 versus number 10 matchup for the third and final game. The winning team secures the number 8 seed in the postseason, and the loser is eliminated and entered into the NBA draft lottery.

After the play-in tournament, the NBA playoffs will proceed as usual and follow the traditional bracket format, with all rounds of best-of-seven series all the way through the NBA Finals.

Wolverine Studios is proud to soon be offering the play-in tournament as part of your experience. Want to take one of our games for a spin? Try a free demo today.