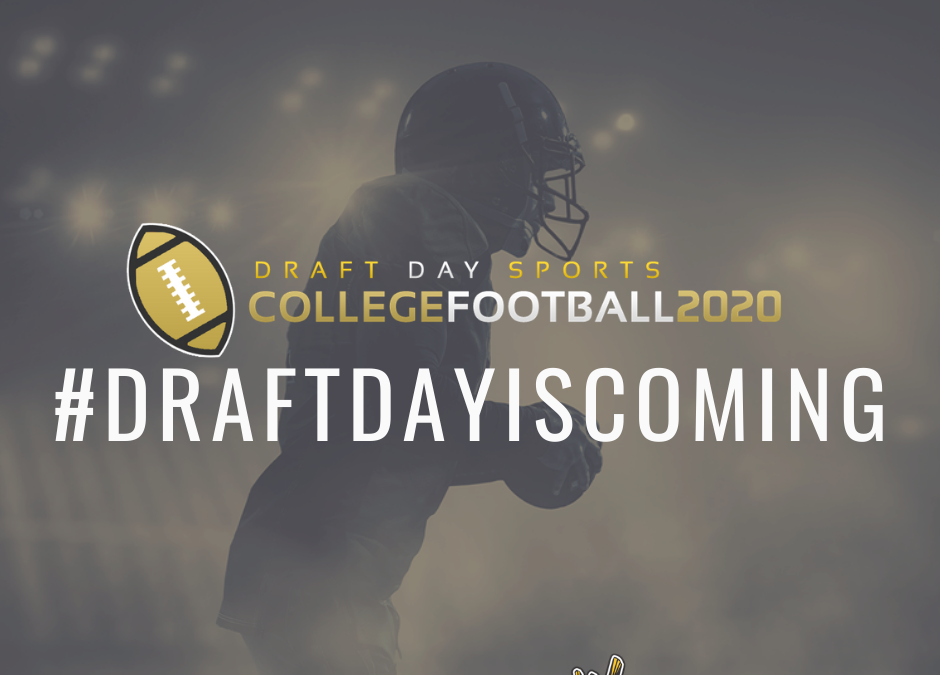 There is no season in sports that is as exciting as the college football season. Every single game matters and just one loss can put you out of contention for the championship before your season even gets started. If you're ready to experience the excitement of building your favorite school into a national powerhouse then get ready for Draft Day Sports: College Football 2020!

Our team has worked hard to once again bring you some major improvements to the game this season and we can't wait to show some of them off.

One of the most anticipated and exciting new features is the custom playoff option. No longer are you bound to having just four teams compete for the championship. With DDS:CF 2020 you can expand the playoff format to get eight teams playing for the title!

In order to get yourself to the championship though you're going to have recruit some star players. This year we have expanded the recruiting function by adding "talking points" which allow you more avenues to attract players to your school and give recruiting an even deeper and more dynamic feel.

Once you land those star recruits you need a plan to make the most out of them. The custom playbook feature has received a massive expansion with the ability to create custom plays or even have a playbook generated for you based on you choosing some basic settings. This option lets you get as detailed as you want or lets you do things very quickly at a high level so that everyone can find a comfort level with their playbooks.

The above image shows off quite a number of new things in Draft Day Sports: College Football 2020. First get a look of those player photos and jerseys! You can customize these just like everything else in the game and they bring a whole new feel of realism to the game.

Speaking of new...check out the performance tab on the player card. Now you can get a performance report by game for every player on your team. Want to know who's making the big plays or really dragging you down? It's never been easier to understand your team and see where you need to make adjustments!

But understanding your team isn't enough - you need to keep tabs on an entire college football universe! The best way to do that is with the brand new magazine feature giving you in depth looks at recruiting, the best players in the association already and previews for every conference and the entire association so you can see just where everyone stacks up heading into each season. This fantastic new data will make your game world really come to life!

Want more upgrades? Take a look at the 2D gameplay screen complete now with running commentary. Get details about the play as it unfolds or even actions that you wouldn't be able to discern just from the 2D such as when an offensive lineman makes a big pancake block. Just another way the football development team has stepped things up for you this season!

Best of all that's just some of the new improvements in DDS:CF 2020. Performance improvements under the hood make sim speeds even faster, the sim engine and AI management areas have received improvements, penalty logic has improved, historical prestige tracking has been added to see which programs rise and fall over time, coach hiring has received improvements and so much more.

The best way for you to experience all this amazing game has to offer is to get in the game yourself! Click that button below and pre-order your copy of Draft Day Sports: College Football 2020. Every pre-order will get you a license key that will give you immediate access to our playable betas as part of our FirstAccess program. In addition to getting your hands on the beta now you can also score special pre-order savings and will receive a complementary Steam key when the game is available there.

You can make every day a college football Saturday with DDS:CF 2020. Now get ready to #BuildYourDynasty!