The Best In Hoops Is Back 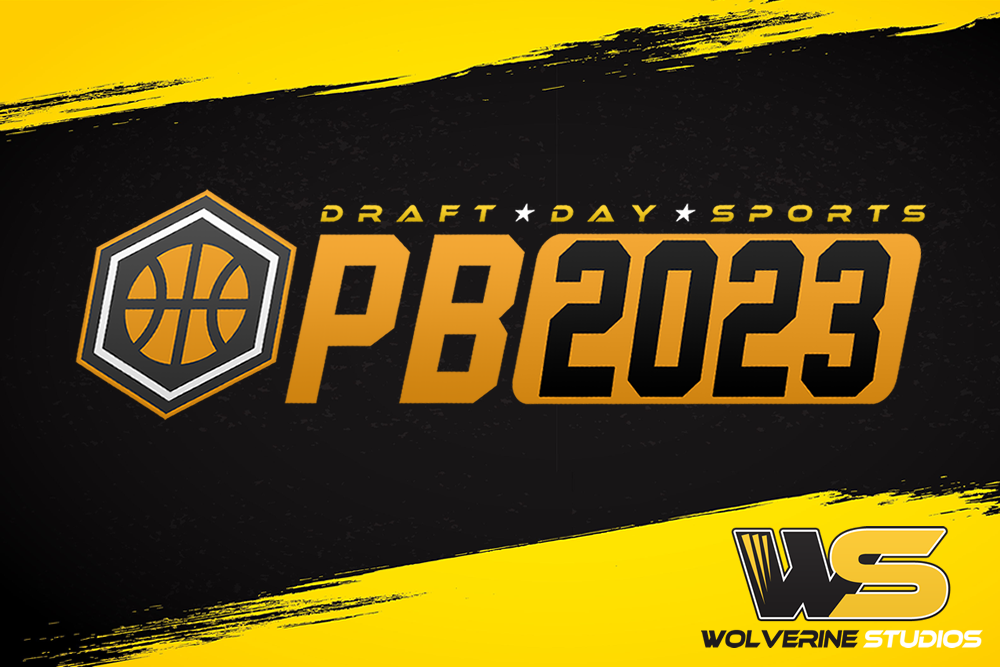 It's been a busy time around here recently with the launches of DDS: College Football 2023 and DDS: Pro Football 2023. As we continue to provide our football fans with the best there is in franchise mode now it's time to start taking care of our hoop fans for the season. The game that started it all here, Draft Day Sports: Pro Basketball, is back with its 2023 edition and just wait until you see what we have in store for you this year!

Let's start with presentation. When thinking about what this year's version would focus on the number one thing that kept coming up was how do we make the game more fun to watch. The engine has always been top notch. The past few versions have continued to evolve players to make them more unique and realistic. Now it was time to make the gameplay better. As you can see we have completely revamped the game screen (sorry modders but hey, new stuff to work on right?). Gone are the boxes moving around an overhead court view to be replaced by player icons wearing jerseys (which of course you can mod) and a full presentation complete with rotating scorers table banners and even a crowd that will populate based on the team(s) playing. Tanking for that number one pick next year? Enjoy looking at a bunch of empty seats reminding you how much the fans don't want to watch that.

We've also tried to make not only the game area larger but your coaching options more accessible. Now your offense, defense and matchup windows are broken down into their own window and your subs and timeout instructions can also be made right there from your coaching section as well. You van also popup the rosters with ratings or stats at any time from that coaching window to see all the data you want without leaving the game screen.

We mentioned how over the years players have evolved to become more realistic and lifelike and for this version we wanted your in-game character to do the same (as well as the other GMs and coaches in the game world). This year when you play in our challenge mode you will start as a level 0 coach with basic ratings. Everything you do in the game (actively or passively) will build experience points for you largely based on how well you did. Did you put together a championship roster? Prepare to level up big time! Did you roll out one of the worst teams ever? Why should your character "improve" when you didn't accomplish anything? As you earn experience points you can go to your office screen and upgrade your skills in any manner you want to giving you more control over how your character develops.

It is not just your wins and losses that will add up. Two new features are appearing in the game this year - the ability to hold a press conference and the option to play a daily fantasy game as well!

The press conference feature not only allows you to earn experience by taking on questions from the media but also could present opportunities to help (or harm) your team. The coaches and players will be listening for your answers and will be affected by your answers. We had a similar, less robust, feature like this in the previous versions but it required you checking the in game email box at game dictated times to be able to provide a response. With this not only do you get a much greater variety of questions to answer but you can do it at your convenience (or you can choose to never do it with absolutely no penalty to your team)

Our new built in daily fantasy game also gives you the opportunity to gain experience - this time by learning more about the rest of the players in the league. One of the biggest reasons for the success of our games is the ability to draw you into the game world and make it feel as real as possible and to do that you need to know about the other players in the league. What better way than to be able to draft them to a daily fantasy lineup! You can play as little or as often as you want and every day you hit the target score you gain a little more experience for your player which of course in the end helps you see players more accurately and scout prospects better When you reach the elite levels you will truly know you have had a career on par with some of the best coaches and GMs ever!

We didn't ignore making the players more robust in this year's version either! Players have new rating categories displayed like Midrange Shooting and Clutch Scoring and their player cards will also contain small icons to denote all of their awards and achievements in their careers. We've also improved a number of things that don't make for cool screenshots :) Things like being able to access the player cards now from the trade screen, moving the lineup analysis grids to the depth chart screen to help you build better lineups, improving the depth in the later portions of drafts, allowing you to swap teams from divisions in the offseason if you want to customize your league a little more and so many more items. We have even added a couple of multiplayer league upgrades like the ability to control your summer league depth chart and sub matrix as well as a vacation mode to hand temporary control to the AI if an owner is going to be out for a little while.

We hope you are as excited for a new season of basketball as we are. DDS:PB 2023 is hitting FirstAccess tonight and you will be able to pre-order and download beta builds then all the way up to the final release in a couple of weeks. Don't forget to join us at our Twitch channel tonight at 8pm for a special launch party stream and to see all these great new features in action!