The Best Traditions in College Basketball 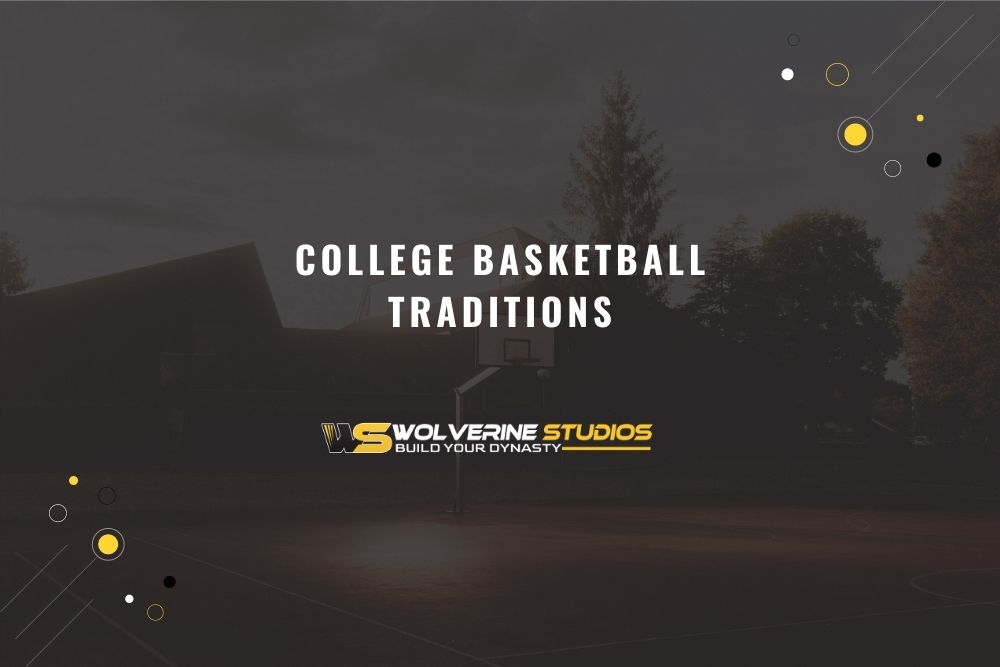 Few experiences match up to the hype, emotional investment, and sheer excitement of college basketball. Supporters, be they current students or passionate alumni and staff, play a big role in boosting their team’s morale and help in shaking up the opponents. The unwavering loyalty to the alma mater can foster creativity that has led to the birth of many iconic sports traditions.

Here are some of our favorite traditions in college basketball.

During the 1954-55 season, Jim Brennan (a former Marine and SJU cheerleader) originated the idea of having a real hawk as the school mascot but decided to have a hawk costume instead. The student government raised $120 for the costume, which Brennan donned for three years.

Embodying the school motto “The Hawk Will Never Die,” the iconic mascot flaps its wings at every basketball game, home and away, for the duration of the game. The Hawk doesn’t stop – not for timeouts, halftime, or even the national anthem. ESPN estimated that the Hawk flaps its wings an average of 3,500 times per game.

In some ways, it may be said that being the Hawk is more challenging than being a player because they don’t have substitutions or breaks. The Hawk also doubles as a team manager and is one of the few mascots that travels with the team. On the upside, the student gets a full scholarship at the school.

It might not be the most poetic or intimidating, but KU’s chant is undoubtedly iconic and unique to the school. The chant was originated by a chemistry professor in 1886 for a science club, with the original lyrics “Rah, Rah, Jayhawk, KU.” But eventually, it was suggested that “Rah, Rah” be replaced with “Rock, Chalk,” a play on the chalk rock limestone on Mount Oread near the Lawrence campus.

What makes this chant even more chill-inducing is that there are two versions. One is an energized version chanted by the supported for the home team before the game, and the other is an eerie version for the opponent to let them know that defeat is inevitable.

They may be a small private school in Upland, Indiana, but they sure know how to celebrate the holidays. On the last Friday before the final exams, Taylor University hosts a yearly “Silent Night” game that’s like a mix of Halloween and the holidays. The crowd comes in pajamas or crazy costumes, sits in deafening silence until the home team scores its 10th point of the game, and then chaos ensues like they’ve just won the championships.

They close out the game by singing Silent Night while arm-in-arm. Afterward, many supporters head to Habecker’s Holipalooza, a Christmas party sponsored by the school.

Without a doubt, Duke has highly invested and involved fans. The Cameron Crazies are a crucial part of every home game, providing intense support that can rattle even the most iron-nerved opponent. It’s no wonder why the esteemed Coach K proudly touted a record of 413-55 at home. They have a strong sense of what’s appropriate in a moment – when to be quiet or when to cause chaos.

Hand-in-hand with this, Krzyzewskiville is also a testament to how engaged Duke’s supporters are. This tent city, where students camp out for days, serves a dual purpose. While it’s primarily a line of students who want a chance to watch the home team face rivals, it doubles as a social event for students to interact.

Since 1954, five Philly schools have been playing in a local league to showcase the city’s basketball, make the schools some money, and help with the upkeep of the Palestra court where the games are hosted. These schools are namely La Salle, Pennsylvania, St. Joseph’s, Temple, and Villanova. The long-running league has become an iconic city tradition, alongside the likes of the cheesesteak and Liberty Bell.

A round-robin rivalry in the City of Brotherly Love, the schools’ respective fans are known to bring “rollout” banners with creative yet unprintable insults.

While college basketball does not have an official start date, it’s typically kicked off on October 15 (or the Friday closest to this date) with Midnight Madness. This tradition was started in 1971 by coach Lefty Driesell. In the early morning of October 15, the days when players could start practicing for the season, he had his team out running. Thousands of fans watched this first practice, and a tradition was born.

Today, Midnight Madness is celebrated by schools in different ways. Many use it to kick off the season with a bang, driving excitement amongst fans, introducing the team members, and running exhibition games. For example, coach Tom Izzo is known for his dramatic entrances donning costumes.

Dubbed by USA Today as “the best technical foul in all sports,” there are few sports traditions as random and funny as John Brown’s toilet paper game. Every year at the first home game of the men’s basketball team, fans flock to Murray Sells Athletic Center with toilet paper rolls in tow.

Once the Golden Eagles make their first field goal of the game, the fans fling the TP into the court to draw the first technical foul of the season. The school’s mascot was even known to do “snow angels” on the court. No one is sure how the tradition started over three decades ago, but the school and supporters have embraced it despite the repercussions of the foul.

8. Cutting Down the Nets

Removing the nets to commemorate a special win is about as important as holding up the championship trophy. The start of this tradition is credited to legendary coach Everett Case who supposedly started it in Indiana in the 1920s. He continued this tradition when he became the head coach of N.C. State, famously electing to cut down the nets when they won a Southern Conference title in 1947.