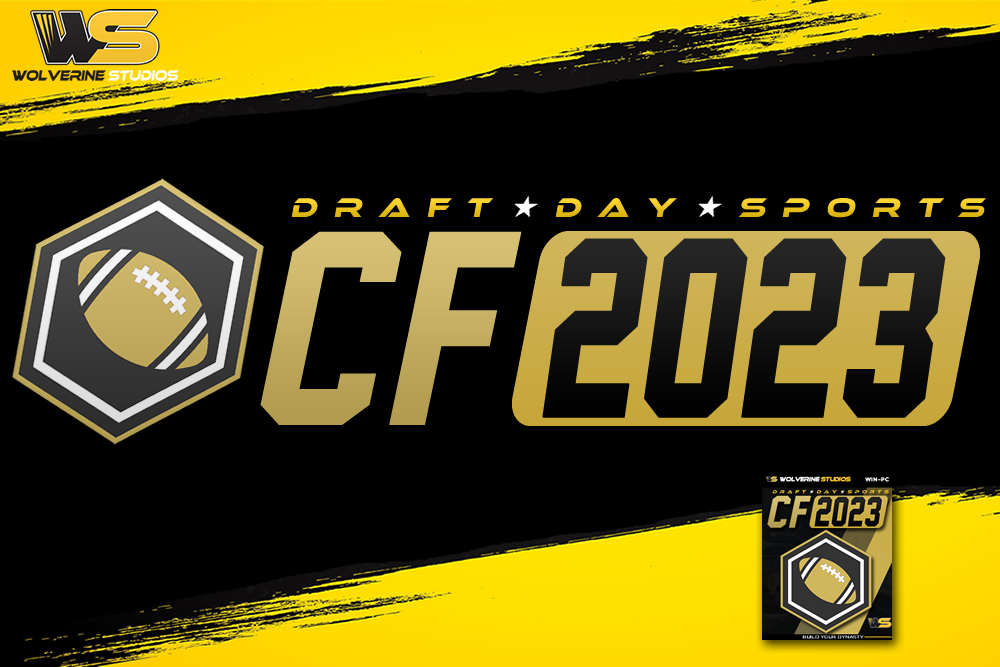 As we mentioned in our last blog post we decided to switch things up this year to bring DDS: College Football 2023 out as our first title and give our college football fans the latest version of our game to enjoy all season long rather than just at the end of the season. We know the excitement of college football season - every single Saturday is huge and you spend all week just waiting for the next one. Now you can enjoy that feeling every day and take your fandom to a whole new level this year.

One of the most important parts of college football of course is recruiting. Every season is a competition to see who can bring the most five star recruits to their program and to see who ends up being overrated and to see which teams have developed players who were not rated very highly and turned them into future pro draftees. The addition in the real world of players transferring at higher rates has changed the landscape of college football and we have made changes this season to mirror that as well in our recruiting feature. We have added more recruiting periods to be able to handle additional transfers of players, we've changed the system to use dollars instead of points to allow for more immersion and we have added the ability for players to decommit in some situations to truly give you a realistic experience.

Big changes have also carried over to the field itself in this year's version. We have updated the in game logic to allow defensive players to better cover movement in motion plays, we have new counter strategy options to allow you to gameplan even more specifically for your next opponent, there has been a revamp of depth chart packages, usage and weights to make things more intuitive and give you even greater control and we have worked hard to update the substitution logic giving you new choices over which players to use and when to use them when designing your packages. It all adds up to you being able to fine tune your strategy in even greater detail giving you the opportunity to truly build a team and plan that fits your vision.

One of the most fun and engaging new additions to the game is the addition of the Trophy Room. Now you can look at a glance and see all of your past bowl glories as well as awards your teams have racked up over time. There's nothing like looking back and seeing just how awesome you have been! And if that trophy case looks a little empty to you then it is all the more encouragement to get to work to start filling it.

One of the most fun aspects of a simulation game like DDS: College Football 2023 is the ability to create your own game world. Our games have always thrived on having a massive amount of customizable options. One of the biggest debates in college football is the playoff system. Is a 4 team playoff enough? What would the college football universe look like if there was a 16 team playoff? You get to make that call in DDS:CF23. Maybe you miss the good old days when the playoff didn't exist. We've got an option for that too!

These are just some of the new options in the game this season. Are you ready to become a legend in college football? Then it is time to take the field and #BuildYourDynasty with Draft Day Sports: College Football 2023