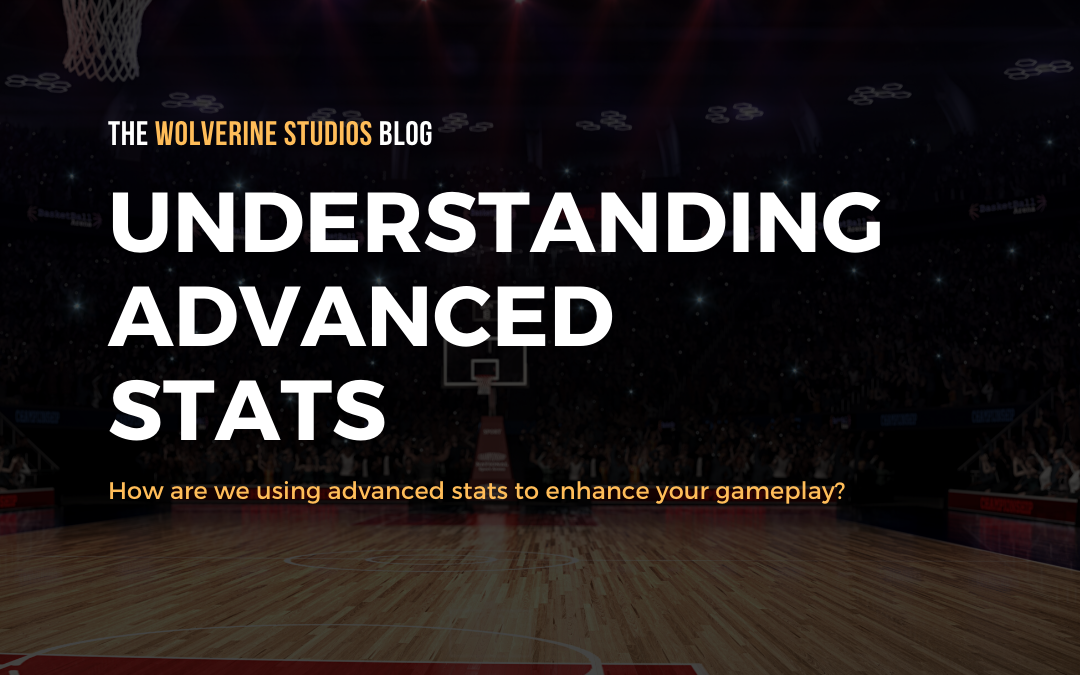 What Do Those Advanced BasketballStats Mean, Anyway?

Sportsmetrics and measures of analysis have made dramatic improvements over the lastdecade or so. We’re now able to better pinpoint from a statistical perspectivejust how good a given player or team actually is. Here at Wolverine Studios, wekeep current on the latest models and advanced statistics and find ways tointegrate them into our games.

But that can often lead to confusion from people who aren’t as familiar with the latest trends. What’s Offensive Rating?, they ask, and what does that stat tell me about my team and players? Consequently, we thought it’d be a good idea to talk about some of the advanced stats for one of our flagship games, Draft Day Sports: Pro Basketball - specifically, explaining what they measure and how you can use them as a gauge.

Thebrainchild of statistician Dean Oliver, Offensive Rating, Defensive Rating, andNet Rating mark one of the biggest leaps forward in terms of understanding howboth players and teams perform on those respective sides of the ball.

Offensive Rating
Team
We won’t delve into the mathematical formulas here, as they can be rather eye-glazing and don’t address what you want to know. But simply put, a team’s Offensive Rating measures how many points a team scores per 100 possessions.

Player
As you might expect from the above, a player’s Offensive Rating measures how many points that individual scores per 100 possessions.

Thehigher the offensive rating, the better the number, obviously. So what’s a goodoffensive rating? That depends. For the last two seasons, the average NBAoffensive rating has been 110.4, according to Basketball Reference. In theearly 2000s - before today’s perimeter-oriented offense, it ranged from103-106.

However,take note of any time a player, team, or lineup has an Offensive Rating below100. That means they’re scoring less than a point per possession. That’s notvery efficient usage at all.

Player
Similar to what we’ve already seen, a player’s Defensive Rating tells us how many points a player surrenders per 100 possessions.

Net Rating
Simply, net rating is the difference between Offensive Rating and Defensive Rating. A positive number is good; a negative number bad. Let’s take a look at some of the lineup data from a save to see how this is displayed in DDS:PB.

As youcan see, the team’s most used lineup and third-most used lineup are playingvery well, and there’s a potential Death Lineup (h/t to the Golden StateWarriors for introducing this to our basketball vocabulary) at the bottom ofthe screen. Excellent net ratings all around.

Wherethere’s an issue? The second-most used lineup. That’s a horrible Net Rating.And although we haven’t shown you the full screen, it’s clear from looking atthe aggregate lineup data that Mike Berry and Jason Minor on the court togetheris the issue - every single lineup involving that pair has a negative NetRating, regardless of who else is with them.

Thedays when Field Goal Percentage and 3 Point Percentage were the best measurementsof a player’s offensive efficiency have been dead since the 1990’s. We now haveEffective Field Goal %, True Shooting %, and Usage Rate, which paint a far moreclear picture of just how good a player is on the offensive end.

Effective Field Goal %
The math here is simple enough - (Field Goals + 0.5* Three Pointers)/Field Goal Attempts. What EFG % has over plain FG% is that it takes into account the fact that three-pointers are worth more on the stat sheet than two-pointers.

Whatqualifies as a good Effective Field Goal percentage will, like everything else,depend on your league. In the early 2000s, the league average was around47-48%. In today’s NBA, the average is 52.4%. Averaging them, you can use 50%as a ballpark measure.

As arule of thumb, True Shooting of 50% is average, 55% is excellent, and above 60%is world-class efficiency. To gain a complete measure of how good a shooter aplayer is, it’s best to take into account both their Effective Field Goal % andtheir True Shooting %.

Usage Rate
The calculation is incredibly lengthy, so we’ll simplify it for you.Usage Rate establishes what percentage of a team’s plays a given player was involved in that resulted in one of the following: a field goal attempt, a free throw attempt, or a turnover.

Anaverage usage rate is around 20%, which is logical - 100% Usage available,divided by five players on the court = 20% usage per player - everything beequal.

Where this matters in DDS:PB terms: You want your most effective players, as measured by Effective Field Goal and True Shooting percentages, to have the highest Usage Rates to maximize your team’s offensive efficiency. Let’s look at the same team from earlier to see an example.

Greatnews here from the team’s perspective - Kendall Dallas  has the highest True Shooting and EffectiveField Goal percentage *and* the highest Usage Rate. No wonder this squad went48-34 this season. Dennis Sanchez, on the other hand, looks terrible from thosemetrics. But that’s why he’s only played in 3 games this season. The staffknows he’s a poor performer in their setup.

Asyou can see from that screen, there’s more advanced stats we could talk about,but we’ll reserve those for another post. We hope you’ve found this informationhelpful. To check out a free demo of Draft Day Sports: Pro Basketball or any ofother sports simulations, go here.