What to Look for in a New Recruit 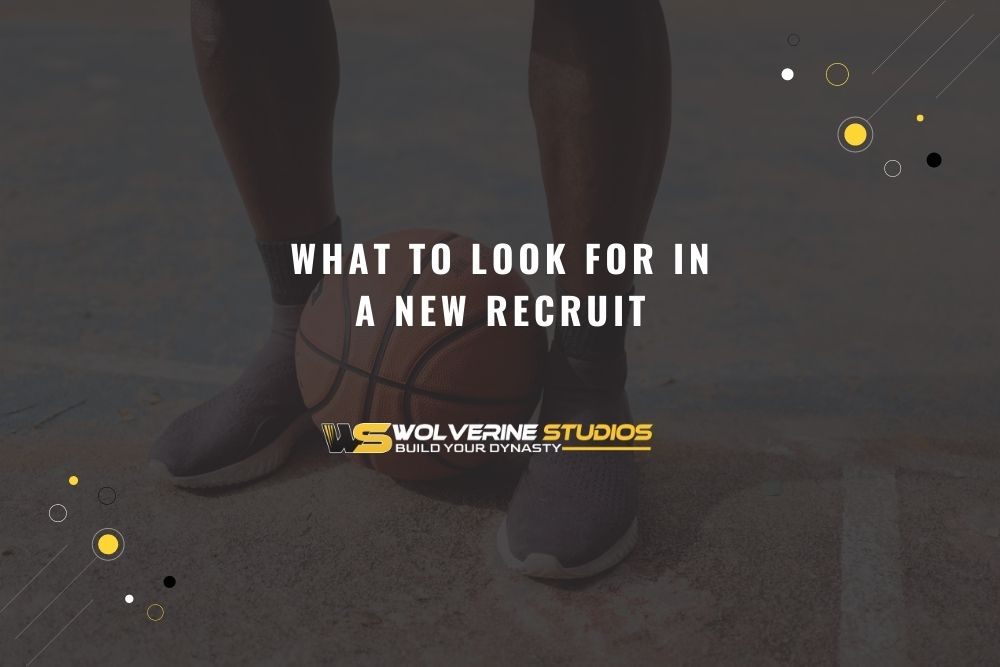 Athlete recruitment is a lengthy and complex process – and for a good reason! Each player is a puzzle piece, a critical cog that can significantly impact the whole team dynamic. Considering the investment that is put into each player - whether financial like contracts or scholarships, time, or effort in coaching them – it’s a process that must be carefully undertaken and deliberated upon.

When scouting for a recruit, there are several factors to consider. It may surprise you that many of them have nothing to do with a player’s actual athletic abilities. In reality, an athlete’s impact on the team goes beyond the statistics and scoreboards.

Read on to learn more about what to look for in a recruit.

8 Characteristics of an Amazing Recruit

This one is a no-brainer and is the first thing that coaches evaluate when scouting for players.

Athleticism refers to the different athletic abilities that an athlete possesses and the varying levels they can perform them. Athleticism can vary depending on what physical attributes are most needed in a sport and the player’s role in a team. But there are some athletic abilities that are more important and expected across most sports, such as physical strength, speed, endurance and agility

Their prior history of injuries is important as well. Is he a player that is injury-prone and could end up missing games for you?

Equally important to athleticism is an athlete’s technical skill. There’s no point in picking an athlete who is in top physical shape but cannot use it to their advantage in a game. It is important to evaluate their skills to make sure they will perform well on the court or field at their position.

Sports intelligence pertains to the depth of their knowledge of their sport. Athletes need to be passionate students of their sports. They should study industry legends and breakthrough plays, and stay updated with innovations within the sport.

Academic intelligence is particularly crucial for student-athletes. High school student-athletes must meet a certain GPA to stay on the team and be eligible for collegiate recruitment and scholarships. Each school has its own academic requirements and recruits will need to be able to meet them.

Consistency is key in athletes of all levels. As a coach, you need players you can rely on to show up, physically and mentally, day after day. Be on the lookout for athletes who have a track record of punctuality (being on time for practice, games, and other team activities), and reliability (do as instructed and even go beyond what is expected of them), and don’t allow themselves to be defeated by setbacks.

One of the most memorable takeaways from the sports movie Miracle is the lesson that the name on the front of the jersey will always be more important than the name on the back. Once an athlete is signed or associated with a team, everything that they do reflects on the school or franchise. Select players with a history of upright social standing and mature decision-making, both professionally and personally.

The last thing you want is a disruptive personality in your locker room. Not only will a player like that be more difficult to coach but he also will make for a poor teammate. Do you want to disrupt the chemistry of your team for one player? That is a choice you will have to make as the coach.

Factor in an athlete’s sportsmanship, like how they react to calls made in a game (no tantrums!), how they treat opponents on the field (no trash-talking!), and how they respond to winning or losing.

To form a successful team, you need to have players that mesh well together and foster a positive team dynamic. Select recruits that you feel will be the right fit and can contribute to the overall vision for the team.

Don’t just go for superstars – look for players who are willing to step up (or step back) for the good of the team. Who is willing to let someone else make the winning shot if it means a guaranteed point? Who will still show up to practice and give their 100% even if they didn’t play as many minutes as they wanted?

Don’t underestimate the value of role players. Every team needs a star player or two but remember there is only one ball! You need players who will do the “dirty work” whether that means blocking for teammates or getting rebounds.

Ambition and competitiveness are critical to achieving results in sports. Athletes with a strong passion for what they do are willing to put in the hours and go the extra mile to succeed. But it’s critical to find recruits who not only look to beat the opponent but also outplay themselves.

Having personal goals shows that an athlete is invested in their individual growth and development more than a rank on a scoreboard. This will keep them motivated, whereas others may become overconfident or complacent.

In sports, just like any other profession, there will always be good days and bad days. You need to find athletes who can take these in stride – keeping their feet on the ground after a win, keeping their chins high after a loss.

Tenacity, confidence, and emotional intelligence are critical for every athlete to perform well in the long run. Someone too sensitive and emotional may be difficult to manage after a string of losses or if placed under extreme pressure.

On the other hand, someone emotionally disconnected may retreat within themselves and negatively impact their mental health.

Ready to jump into the shoes of a coach and build the sports career you’ve dreamed of? Try a free demo with Wolverine Studios today.