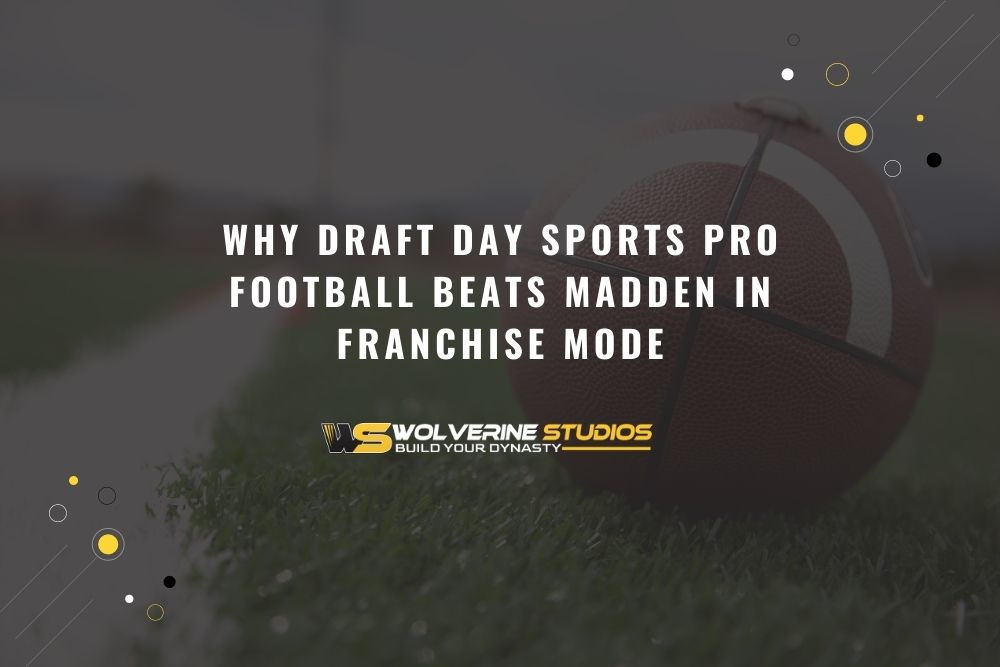 Undeniably, one of the biggest names in sports video gaming is Madden NFL, which has an exclusive NFL license. However, avid football simulation game fans have consistently expressed dissatisfaction with Madden NFL’s franchise mode due to its stagnation, lack of realism, and poor draft logic.

The biggest thorn in the side of Madden NFL players is the lack of upgrades and innovation in its franchise mode. Save for some tweaks like updates to match real-life NFL rules, players and critics feel that its franchise mode is the same as it was in previous years. A common theme for many users is the impression that the mode has been relegated to the backseat. The lack of customization options does not allow users to truly immerse themselves in the simulation and feel that they own and run a football team.

One reviewer laments the loss of real ownership in franchise mode. This used to be present in Madden NFL 12, back when they could create and customize players and teams via custom names, logos, uniform styles, stadiums, and more.

Users have also encountered recurring issues with Madden’s Draft Logic. One drafting simulation exercise found that the trades were not optimized, and there were cases when they received far more compensation from teams they traded with. For example, one team gave two top-tier defensive players in exchange for one old QB and a 5th round pick. In another permutation, the user was able to get the 3rd overall draft pick by trading one former free agent QB.

Some of the trades also showed the flaws in the AI. For example, in the same simulation exercise, the free-agent QB was taken in by a team that already had two prime QBs. Another user experienced having a QB be drafted at 5th overall, only to become a second-stringer when the team’s main QB (who was injured at the time of the draft) returns to full health.

Wolverine Studios: We Are Franchise Mode

If there’s something that we know how to do, it’s franchise mode. Through the painstaking development of a truly sophisticated AI and extensive customization options, we have designed our simulations to mimic real-life factors and conditions so that you can truly feel like you are coaching or managing a professional football team.

As lauded by Operation Sports, it’s “a must-try for every person who tweeted the hashtag #FixMaddenFranchise.”

Getting Franchise Mode Right with Sophisticated AI and Realism

David Jagneaux of IGN Southeast Asia wondered why EA ever chose to remove from Madden NFL the customization feature that enabled users to create their own teams. In an op-ed piece, he said, “Partially, you start to identify yourself alongside the brand you love…. Allowing fans to pick up a controller and literally create their own team inside their favorite sport is incredibly exciting.”

Wolverine Studios lets you do exactly this in Draft Day Sports: Pro Football. You can decide to build a team via a fantasy draft or make your custom team. You can also play in a personal league or set up a multiplayer league with your friends. If you want to make your own team with customized players, you just need to create a new file or check out the mods on the WS forums developed by fellow users.

Right off the bat, you have access to a plethora of customization options. There are the basics like choosing what your character looks like, how your character dresses, your team’s logo, etc.

But there are also in-depth customization functions such as custom rosters, game settings, and much more, so you can build your franchise exactly how you want to.

You get even more flexibility in terms of personalization options depending on what role you’re taking up. For example, simulating a general manager gives you total control over the team roster, coaching staff including the positional coordinators.

Another customization option we’re proud of is our playbook. In a review on Simheads, they write, “for a simulation-style text-based game, Draft Day does the game of football better than most.” We provide users with a diverse range of playbooks so you can tinker around and see what works best for your team.

But we take it a step further and let you make your own playbooks with our custom play builder. You can use different formations and schemes, introducing new strategies for both offense and defense. This lets you have a more involved hand in your team’s success, more proactive and educational than choosing from a laundry list of presets.

Wolverine Studios also takes pride in our eye for detail and realism, which really brings the simulation experience to life. In-game athletes are designed to be multi-dimensional characters with unique personality traits, so you feel like you’re scouting, coaching, and managing a person, not a computer. After all, in real life, all players have backstories, quirks, and egos that coaches and general managers must adapt to.

This in-depth characterization doesn’t just impact your individual relationships with the players, but also their relationship as a team. For example, one user cited an experience wherein their players that had ranked 84 or 85 were performing better than some players in the 90s. This disparity was credited to the fact that the lower-ranking player was part of a strong team.

As the review from Sports Gamers Online states, “the developers did a nice job in making sure that users have to build an entire team of good players, rather than acquiring one or two elite players and trying to have them carry the entire team.”

We’ve added in many small elements that keep players more immersed in the simulation, such as newspapers and magazine articles, so you’ll find yourself more invested in the sim. The end-of-the-season awards are entertaining, and the carryover between seasons keeps users incentivized to continue building their dynasty.